LEST WE FORGET
store

We honour those who made the ultimate sacrifice, now buried in far-off fields under the Silver Fern. 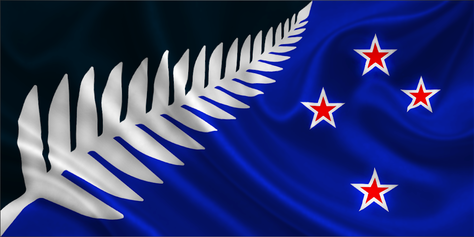 This proposed New Zealand Flag honours our past.
A stylised Silver Fern, kaponga, a New Zealand icon for well over 160 years, has been worn proudly by many generations of New Zealanders, from sports people, to military personnel and fire-fighters. The silver fern is an element of indigenous flora representing the growth of our nation.  The multiple points of the fern leaf represent Aotearoa's peaceful multicultural society, a single fern leaf spreading upwards represents that we are all New Zealanders - one people - growing onward into the future.

The Southern Cross, Māhutonga, is the defining element in the present New Zealand Flag, and represents our geographic location in the antipodes. The Southern Cross is visible throughout the year in the southern night skies. It has been used as a navigational aid for centuries and it helped guide early settlers to our islands. Each star is also representative of the major island groups of New Zealand - North Island, South Island, Stewart Island, and the Chatham Islands.

"I have served overseas with the NZ Defence Force (Army) and find that it is very annoying , embarrassing and at times very dangerous to serve under a flag which is frequently confused with the Australian flag. Whilst overseas we are supposed to wear the NZ Flag badge along with the kiwi roundel, the latter of which I strongly support. However, with the situation Australia is now in, being seen as the third country in support of the USA, this can be very dangerous if foreigners confuse our flag with that of Australia. Some of our old soldiers may disagree with my comments, however, I would suggest they did not serve in a time when international volatility was so widespread. I strongly support the change of our flag to having a design which is unique and closely associated to the uniqueness of New Zealand."     Nigel Gattsche. Canterbury

It is quite likely that the New Zealand flag will be re-designed in the future, consideration would need to be given to lesser known flags flown by various services such as the Royal NZ Navy.

At present the navy raises a white version of the NZ flag called the white ensign.

In the past there have been various attempts to design future services flags, all with varying degrees of success.

Upon flag change, we could follow examples set by other commonwealth nations and put a future national flag in the upper canton (the top corner nearest to the flagpole) and the emblem of the service organisation in the fly. (the half of the flag furthest from the flagpole)

Canada did this quite successfully with their joint services flag, seen in the example below.

Services flags can be updated easily when flag change occurs, and we can follow a precedent set by the 53 other commonwealth nations who have updated their flag since World War Two. 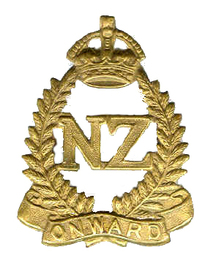 And to all New Zealand servicepeople, past and present.